This week in our 'meet the team' blog post series, we meet Dr. Stuart Dunmore. 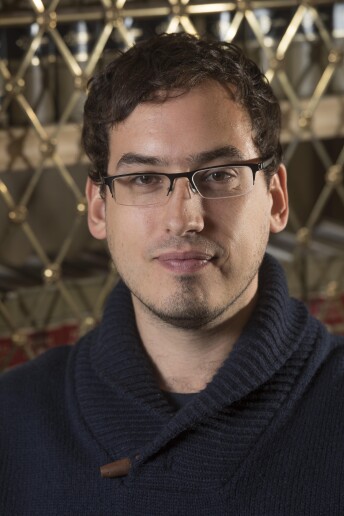 Hi Stuart! Would you mind briefly introducing yourself and your research interests?

I'm a Research Fellow in Sociolinguistics at the University of Sussex. My research examines beliefs about minority languages in the UK and North America, and investigates formal attempts to revitalise them. From September-December 2021 I will be based at Harvard University as a Fulbright-Royal Society of Edinburgh scholar.

Could you tell us a little bit about your involvement in the project?

Numbers of languages learned and spoken by children are declining globally.

Focusing in to two contexts close to home, my work assesses pupil experiences, obstacles to their development of bilingualism, and formation of cultural identities in Scotland and Cornwall. My background is in assessing outcomes of official policy to revive endangered languages. One such policy in Scotland focuses on Gaelic-medium, immersion education (GME) to create new speakers.

My research found varying levels of Gaelic oracy among adults who went through this system in the 1990s. Since that time GME has become increasingly multicultural, and former pupils of colour have recently discussed their experiences of systemic racism at school. Whilst these experiences are reflective of wider societal issues, they impact on students’ ability to identify with Gaelic and its community.

That's really interesting! So which specific questions are you exploring in your current research?

My research aims to assess:

Additionally, I hope to conduct case study research at a primary school in Cornwall where pupils learn Cornish, to focus on questions of cultural identity and multiculturalism in that setting. For this research I hope to assess how far oracy in Cornish is regarded as a teaching aim, and what role Cornish identity and culture play in successfully realising it.

Sounds like you have a lot of work to do! How will you be answering these questions and what are your plans for the next six months?

I am approaching my studies as digital ethnographies, employing Zoom and text interviews, social media and newspaper commentary to compile rich datasets on questions of oracy and identity in Gaelic and Cornish. For my analysis of spoken interviews I use an ‘ethnography of speaking’ methodology, which looks closely at the form as well and content of language used to narrate minority ethnic pupils’ experiences at school. I’ve found this framework to be very useful previously for understanding speakers’ meanings and identities, as spoken language conveys much more detail than written sentences, as they may appear in ink on the page.

Over the summer I will be continuing with my data collection for the two studies in Scotland and Cornwall, which will hopefully become easier as the pandemic situation improves and lockdown continues to ease (we hope). Who knows, I may even be able to meet people face to face to speak with them, which will make a change after 12 months of meetings on Zoom! From September my young family and I will be staying in Boston, Massachusetts as I undertake 3-months of research on oracy and language learning motivation among Gaelic learners in New England.

We can't wait to hear what you find over the summer! One last question: Why do you think that oracy is so important in contemporary society?

Oracy is the ability to cohesively use spoken languages to express ourselves. Whilst it has been widely observed to be under threat in major languages like English at present, for thousands of minority languages, a loss of oracy among younger speakers will mean the end of the line, as a great many languages go out of use altogether. Another way of thinking about oracy comes from a different root, ‘fluency’, which is hugely important for making ourselves understood. Oracy in 7000 or so currently spoken languages contributes hugely to human diversity, and we stand to lose a great deal without concrete efforts to reverse its loss.

Next week, our 'meet the team' blog post series continues when we meet Dr Anna Liddle.