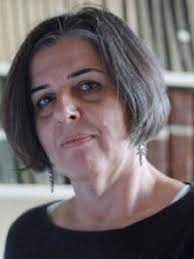 The Trouble With Oracy?

Anyone who has followed debates on the teaching of language in UK schools for long enough will be aware that concern about young people’s spoken language skills, or ‘oracy’ (Wilkinson 1965), is a recurring theme. Whenever it comes to the fore, the point will invariably be made that oracy has been neglected by comparison with literacy: its importance in multiple domains (e.g. education, employment, citizenship) has been insufficiently appreciated, and schools have made little or no systematic effort to teach it. This contrasts with popular (and political) discourse on the teaching of literacy, which typically posits that the problem is ‘falling standards’: schools are accused of abandoning the more ‘rigorous’ standards and methods that governed the teaching of reading, grammar and spelling in the past, and the solution is for them to ‘go back to basics’. With oracy the problem is more the presumed absence of any ‘basics’ to go back to.

We may criticise these beliefs as inaccurate and misguided: it isn’t true that schools ‘no longer teach grammar’, and it also isn’t true that there have never been any systematic attempts to teach and assess spoken communication (for instance, between the 1990s and 2014 speaking and listening were formally assessed elements of GCSE English). But for the purposes of this presentation I am interested in the possibility that behind the ill-informed comments lurks a genuine difficulty in defining what constitutes good or ‘skilful’ speech without being reductive, superficial or ideologically and socioculturally biased. I will argue that attempts to teach and assess spoken communication, whether in schools or outside them, have repeatedly fallen back on, or been hi-jacked by, ideologies of language and communication which exemplify these shortcomings—an argument I will illustrate by looking at some key moments between the 1920s and the present when the nation’s spoken language skills became a matter of concern. I will ask whether it is possible to set standards for spoken language-use without running into the problems that have dogged this enterprise in the past.

Deborah Cameron is Professor of Language and Communication in the Faculties of Linguistics and English, and a Fellow of Worcester College. She has a particular interest in the relationship between language and gender, and has published several academic books on that topic--most recently, with Sylvia Shaw, Gender, Power and Political Speech (Palgrave, 2016)--as well as one book for a nonspecialist audience, The Myth of Mars and Venus (Oxford University Press, 2007). In 2015 she started a blog, Language: a feminist guide: www.debuk.wordpress.com which looks at currently topical issues (many of them directly related to the question of gender and authority) from a linguist's perspective, drawing on her own and others' research. In addition to teaching and supervising research students in sociolinguistics, she is a contributor to Oxford's M.St in Women's Studies, where she currently offers an option on the history, politics, fiction and culture of the Anglo-American